He said they had opposed a recommendation to switch to “plant-based diets”, proposing the wording “healthy diets” instead.

The change, proposed at a meeting of the Intergovernmental Panel on Climate Change, was accepted.

Greenpeace said it was clear that plant-based diets had a far lower environmental impact than meat and dairy.

Spokeswoman Christine Rose said in a statement that the move reeked of influence from the farming industry and that Climate Change Minister James Shaw needed to tell officials to stop undermining good efforts.

“The intensive dairy industry is New Zealand’s biggest climate polluter and if this government is serious about climate action, we must see a fundamental shift from factory farming to regenerative organic farming based on plants,” Rose said.

“We cannot risk the future of life on earth for the profits of the dairy industry. It is time for James Shaw to get on the agenda and start advocating for real climate action.”

Rose said responses to climate change should be based on evidence, instead of denying science. 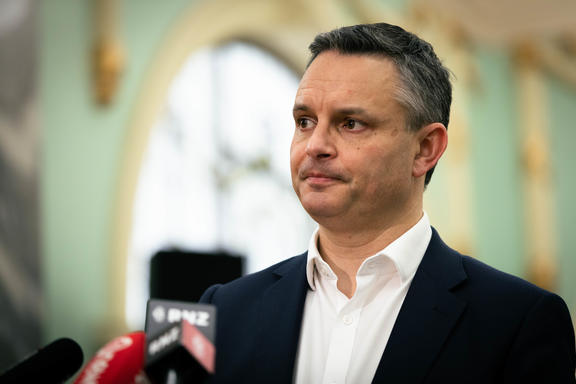 Minister Shaw said he intended to speak to officials next week about the change request.

Shaw said officials told him the term “healthy and sustainable diets” was similar to but broader than “plant-based diet” and promoted diet and production choices that could help reduce emissions, by tackling overconsumption, food loss and waste.

He said this was in line with the principles of the Food and Agriculture Organization of the United Nations and the WHO covering issues such as environmental impact, health and well-being, access and affordability.

“However, in my view, whatever the merits of this case, New Zealand should avoid taking positions in these negotiations that could give the impression that we are working to protect our biggest industries at the expense of the climate. “